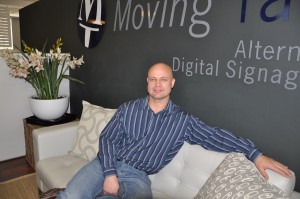 Willem grew up in Newcastle in Kwa-Zulu Natal where he was schooled and completed his studies.  He first started working for Mital in 1997 where he qualified in Industrial Instrumentation and Process Control.

In 2001, Willem took the big step by moving to Johannesburg where he began working for MTN and Flight Centre as a systems engineer and advanced quickly, becoming the IT manager for Flight Centre SA’s operations in 2002.

He started his own digital signage company in 2004 with two other partners and was actively involved with the roll out of several national signage networks.  He sold his shares in 2009.  His company portfolio included successful digital networks such as American Express, PEP, Flight Centre and Pentravel.

Willem has an adventurous side and enjoys the outdoors; in 2009 he completed his pilot’s licence allowing him to spend his weekends at 6000ft in the sky to clear his head.  He loves technology and the impact it’s making in our lives, both changing and improving it.  Willem is motivated, self-driven and passionate about his work and the industry he is in.  He is very patient and accepting of people and their flaws and never judges a book by its cover.

Moving Tactics approached Willem early 2013 and he joined the company in May where he will be supporting the X2O platform in South Africa.  Willem will be leading the digital signage solutions division in Johannesburg, Gauteng and will be actively involved in growing the Moving Tactics business.

When discussing digital signage as a business solution, Willem responded:

“Digital signage is still perceived as this “complicated, unmanageable, waste of money solution” by many.  This cannot be further from the truth. Digital signage is simple and if done correctly can give your business a major boost and take communication to your clients and staff t

o a totally different level. All the research proves this. I am here to explain the benefits of digital signage and make digital signage easy, without the technical jargon. I will assist in building a customised digital signage network that will work for a client’s unique environment”